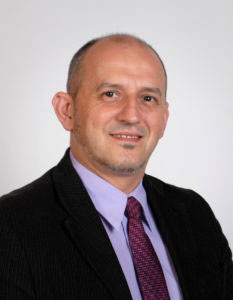 The founder of the Tinchev law firm /TLF/. Born in the town of Pleven, where he completed his secondary education at Math High School"Geo Milev"in 1987. In the same year, he applied at the "G. Benkovski"- Air Force School in Dolna Mitropolia, which ended successfully in 1992 with a military specialty"Administration / Staff Air Force"and Civil Engineering"Electronic Computing Engineer". He then completed the full course of law at the Paisii Hilendarski University in Plovdiv and the MLDP Attorney at law training at the Defense Institute of International Legal Studies at Naval Command College in New Port, Rode Island, USA. Enhanced language training is further developed in the United States through language training for attorney at law in San Antonio, Texas. He also goes through specialized French language training. He is trained on the legal aspects of prevention and protection from hacking attacks and cyber-security.

He occupies a number of positions related to the protection of the rights and legitimate interests of the Bulgarian citizens, and before joining the Sofia Bar Association he consecutively occupies the positions of"legal advisor"of the Human Resources and Chief Legal Adviser of the Air Force of the Republic of Bulgaria, which was his last position before taking the position of"Attorney at law"at the Sofia Bar Association. He is enrolled in the National Register of Legal Aid of attorneys at law appointed to carry out legal assistance, led by the National Bureau of Legal Aid.

He speaks and uses: English, French and Russian.

The main directions for development of the activities of the Tinchev law firm are in the direction to give to his client completed and skilled administrative and legal service tin all kind of aspects of socio-economic life in Bulgaria and the EU. 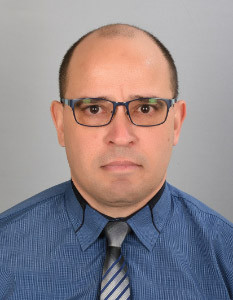 I was born in town of Haskovo in 1974.
I graduated my secondary education in city of Stara Zagora.
Completed Degrees of Education: Journalism College, Univetrsity educations - two with bachelor’s degree at St. Kliment Ohridski Sofia University and St. st. Kiril and Metodiy Veliko Tarnovo University and third – Master of Law at Paisiy Hilendarsky Plovdiv University.
Languages: English and  Russian.
I have been working in the field of law since 2008, initially as a Legal adviser in local and government administrations and private companies, and for several years also as a Lawyer in Stara Zagora Bar Association.
Listed in the National Register of Legal Aid Lawyers appointed to provide legal aid, led by the National Bureau of Legal Aid (Legal Aid Bureau).
Main areas: Administrative law, Civil law, labour, Contractual, Trade, Immigration, Real estate, Tax, Inheritance and Family law, public procurement procedures, executive and notary proceedings, proceedings under the Spatial Planning Act, the Act on Management of European Structural Funds and Investment Funds, the Elective Code, the Health Act, claims for compensation and damages and etc.

TLF has got one mission - your success. Five things to know when dealing with law enforcement in Bulgaria